History behind the Karla Caves

Karla Caves are one of the ancient caves in Lonavala of Maharashtra that follows the mixed Indian and Buddhists style of rock-carved caves architecture. These caves are some of the largest rock-cut Buddhist shrines in India. These ancient Buddhist shrines were developed during two periods. The first period between 2nd century BC and 2nd century AD and second period between 5th century AD to the 10th century.

Hall inside the Karla Caves

Karla Caves are very famous tourist destination because of their amazing architecture. Inscriptions and Stupas in the caves depict the ancient Buddhist architecture and culture. The early Buddhist school, Mahasamghika, is associated with these caves. Their popularity in this part of the region was wide-spread. 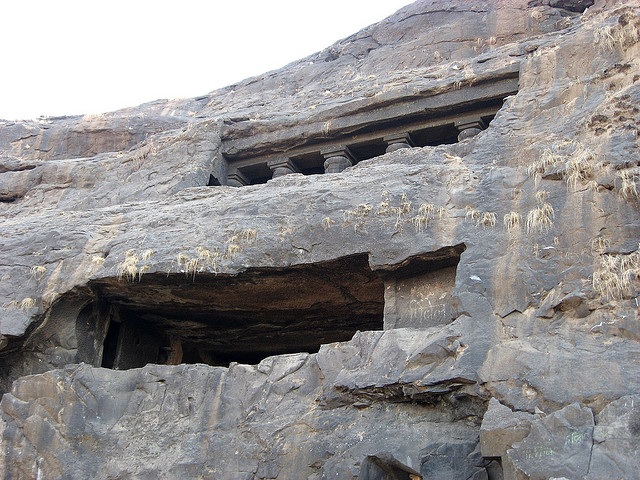 The main cave consists of a chaitya hall that has 37 octagonal pillars and a base of water jar. The hall has many beautifully decorated sculptures of men, women and animals. The most important feature of this facade is that it is made out of teak wood. The access to the city hall is embellished with a horseshoe-shaped arch. There is an Ashoka pillar at the front side with a closed stone façade and Tirana in between them. There are large windows carved-out on the walls of the caves for lighting purpose. 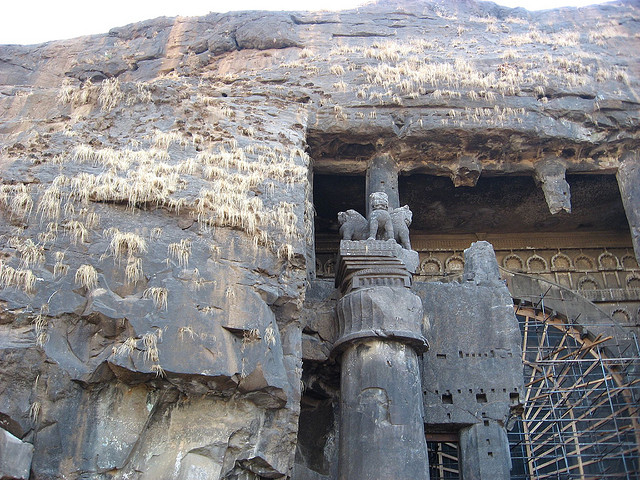 All around the cave complex, there are many chaityas and viharas. A Vihara is a place where the monks used to stay and meditate in the caves for a long period of time. Some sculptures of elephants dressed up well with metal jewelries placed there.

25 responses to “History behind the Karla Caves”