In India, there are many forts and temples present all over the country. They have many historical roots which connect Indians to their ancestors and with the history of their birth place. In many states there are many large forts which were constructed by the kings earlier to get protected from enemies and fight from them. 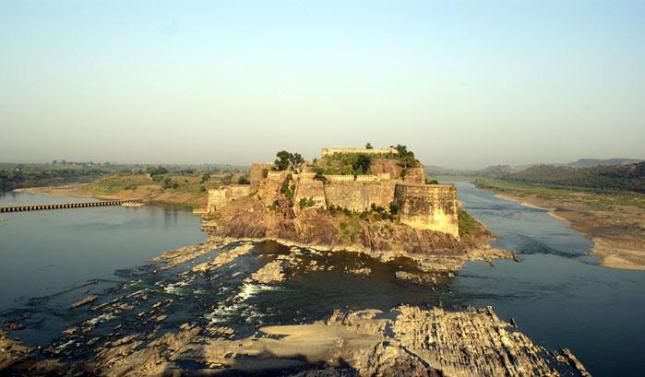 Forts are the specialty of Rajasthan and it is very famous for this worldwide. A majority of forts of India is situated in Rajasthan. Among many forts, the fort of Gagaron is very famous. The beautiful fort of Gagaron is a very good epitome of a fort surrounded by water and thus is popularly known as “Water Fort” and “Jal Durg” in Hindi. This fort is among the famous 9 forts which have been mentioned in the mythological books of India.  This fort was started to build in the 7th century and was completed in the 14th century. A Dargah of sufi saint ‘Mittheshah’ is situated outside the fort where Moharram is celebrated and a fair is organized every year.   Gagaron fort has the name of one another famous saint associated with it. He is Saint Pipa Ji who was “Guru Ramanand’s” follower. He was among the main disciples as well as the contemporary of Kabir Saint too.

This fort of Garagon has recently been recognized internationally as the World Heritage Site with other five forts of Rajasthan by UNESCO. These forts are unique in the fact that they are surrounded by defending natural landscapes like forests, water bodies, etc.

Location and surroundings of the fort

Gagaron fort is one of the famous forts of Rajasthan in the city of Jhalawar and is 12 kms away from the Jhalawar. The 2 water bodies namely the river Kali Sindh and the river Ahu surrounds Gagaron from its three sides.  The fourth side of this fort was a deep ditch for protection against the enemies but is not present today.  Apart from its rivers this fort has also a dense forest situated behind it. It has the known hill range of “Mukundarrah” due to which this fort is also known as forest fort or ‘vana durg’.  The presence of forests and water bodies made the fort very protected. 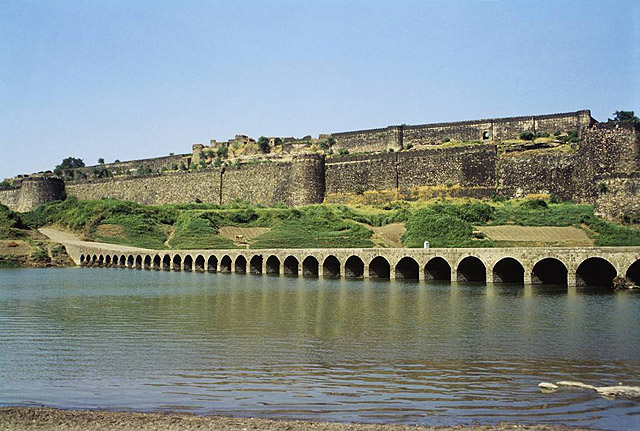 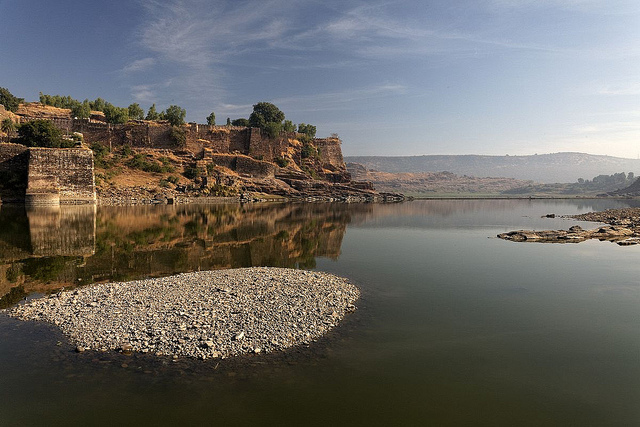 Gagaron fort was built under the rule of the king “Achaldas Khinchi” who got this fort built to protect its army and citizens from the Malwa ruler “Hoshang Shah”. He was the Mandu ruler and proved to be stronger over Raja Khinchi. The king sensing the defeat, with his army and all other Rajputs rushed to fight against the ruler Hoshang but ultimately faced death fighting and protecting their region. The queens and the ladies opted for Johar which was a historical practice done by ladies to surrender themselves to fire. This fort is known for this story of sacrifice, heroism and bravery of the Khinchi rulers and queens. 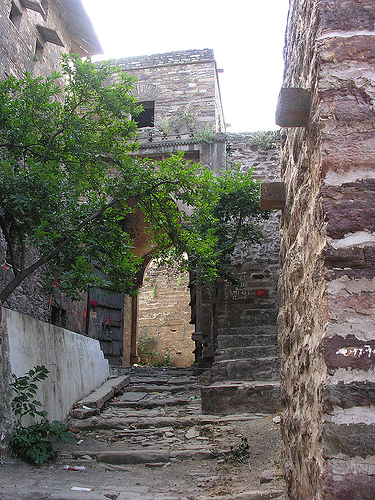 In medieval India, before the formation of cities like Kota, Bundi, Jhalawar, Gagaron city was very known and superior in Malwa.

Following the blog ABC Wednesday for “U”

Ranthambore fort is a part of world heritage site which is situated near Sawai Madhopur town in Rajasthan. Swai Madhopur is a small town which lies in the north Indian state of rajasthan. Ranthambore fort is surrounded by Vindhays and aravallies hill ranges. The name ‘Ranthambore’ is derived from two hills-rann and thambhore . It lies on Thambhore hill which is 481 metres above the sea level. Rann is the adjoining hill to Thambhore hill. From the top of the hill some breathtaking views around the fort can be captured.

This fort was built during the 8th century by the Chauhan ruler. This fort gain popularity when the ruler of chauhan dynasty, Raja Hammir Dev was crowned in 1283 A.D. This fort is also the symbol of glory and bravery of Raja Hammir Dev. When rulers attacked this fort at different point of time during 12th to 15th century in 16th century ,the fort was captured by Mughals. In 19th century the fort was possessed by Maharaja of Jaipur.

The fort has many splended architectural and historical sites. The fort spreads over an area of 7kms. It is surrounded by huge walls made up of stone which are about 7kms in length. These walls are strengthened by towers .Inside the fort, there are many palaces, temples, Step well and houses . Some of them have been destructed like Hammir’s Fort, Badal Mahal and Phansi Ghar . This fort consisted four gateways, out of these four gateways only one gate is still standing named as MISRADHARA.

Interior of Ranthambore fort (Image by thesetter on Flickr) 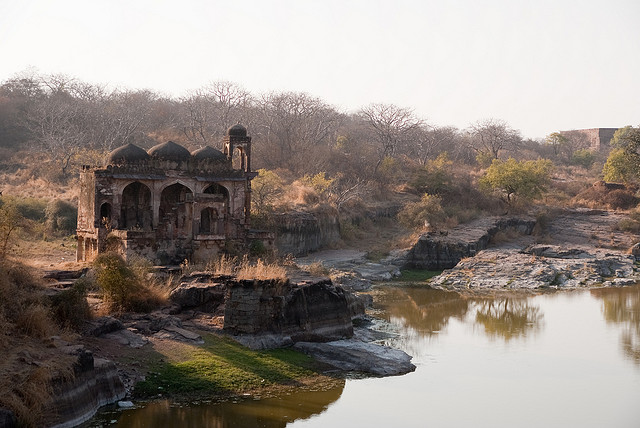 There are three Hindu temples inside the fort constructed in 12th and 13th century. The three temples are dedicated to Lord Ganesha , Shiva and Ramlalaji . Main attraction of the fort is ‘The Ganesh Temple’ which is near to the main entry gate. In this temple thousands of pilgrims visit throughout the year from variour parts of the country. There is also a Jain Temple dedicated to Lord SumatiNath and Lord Sambhavanath .

In the western part of the fort visitors and tourists usually stay. In eastern part a wild life century is situated which is known for its tiger. This park is the main attraction for the tourists. This is one of the largest Wild life centuries in India. This park is situated within an area of 393 sq.kms. and is popular for its Tiger population. The park was established by the Indian government in 1980 as wild life century to protect the tigers from being extinct. Other wild animals are found here are Leopard, Nilgai , Hyena , Langoors , Fishing cat . This park is also rich in flora, As many species of trees and plants are found here. A large number of banyan trees are grown here .

A visit to Ranthambore is extremely interesting as is provides the tourists with a glimpse and blend of nature, history and religion. Rajasthan is very popular for its fort and Ranthanbore is one of them and visit to this place is more interesting.

Rajasthan is a famous state for its forts and handicrafts. There are many other popular things that make Rajasthan very unique and because of its arts in every city it is famous worldwide. A state known as ‘Kumbhalgarh’ is very popular for its fort and is also the birthplace of the warrior ‘Maharana Pratap’ that lies in the Rajasthan in Rajasmand district. 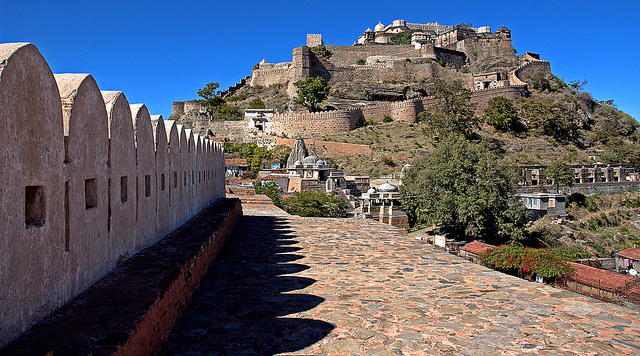 Kumbhalgarh fort is built in 15th century by ‘Maharana Kumbha’.  It is named after its Maharana named ‘Maharna Kumbha’. It lies in Rajasmand district at 64 kms of distance in north–west region of Udaipur.  The specialty of this fort is that it is the second important fort after the ‘Chittorgarh’ fort and it was declared a World heritage site in India by UNESCO. This fort is much secured as it is surrounded by the Aravali ranges. Its protection is very high that it is unconquerable. 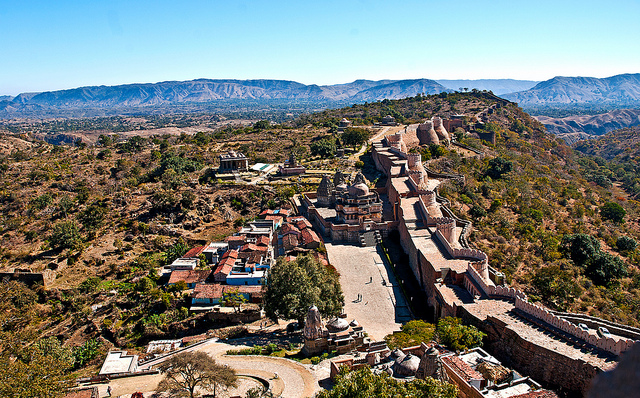 Aerial view of Kumbhalgarh (Image by Ricardo Fernandaz on Flickr)

How to reach Kumbhalgarh fort?

To reach Kumbhalgarh fort is not very difficult because it is very much easy and comfortable to reach their by taxis or buses directly from the Udaipur city. Before reaching to Kumbhalgarh fort, a zig-zag kind of road is made that passes from the thick forests and ravines. The road is finding before few kilometers to fort. On this way one will find many types of ‘Pol’ that one can enjoy very much. The names of such Pol are ‘Nimboo Pol’, ‘Arait Pol’, ‘Bhairava Pol’, ‘Hanuman Pol’ and many more. 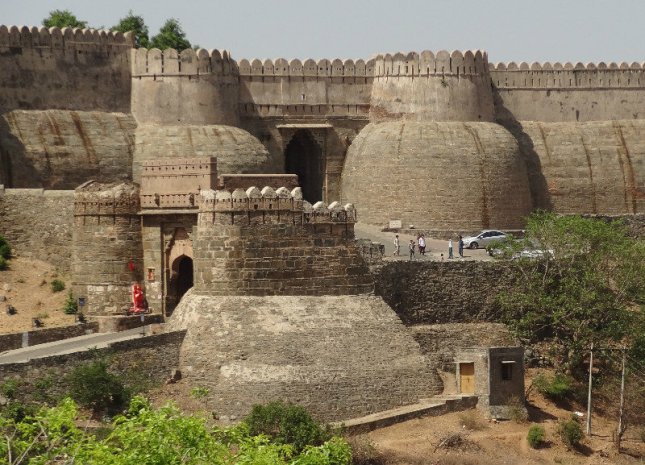 Kumbhalgarh fort is also termed as ‘Badal Mahal’ or ‘Palace of Cloud’. On the top of the fort there is a palace which is also very famous. This palace is known for the birth of the great warrior ‘Maharana Pratap’. This palace is very beautiful and attractive with bright color combinations of turquoise, white and green in the rooms. The color combinations in the rooms give the effects of the cloud and give panoramic effect which looks very attractive.

Interior of Badal Mahal (Image by Blake Kirkland on Flickr) 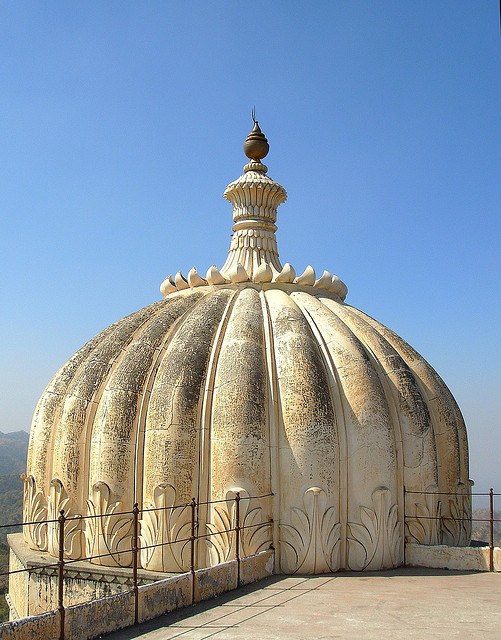 There are huge watch towers and the fort is covered with seven ramparts and seven gates. The foundation of the fort is very strong and solid and that is the reason why fort is unbeatable till now. Walls of the fort are too broad and that is sufficient to stand the eight number of horses one side another. There are 360 temples located inside the fort and among all the temples, Shiva temple is very famous. Visitors enjoy a lot while visiting the fort because they are the symbol of ancient times.

Fort is surrounded by mountain peaks that are thirteen in number.  Fort is found in the international records due to its number of beautiful palaces, gardens and temples.  The fort is surrounded by a wall that is 15 kms long and the wall is the second longest wall in whole world after Great Wall of China. The width of the wall is 15 to 25 Ft and it is the thick wall after ‘Great Wall of China’. The visit to this fort gives people a special attraction and feeling that they want to visit here again and again.

Great wall of Kumbhalgadh fort (Image by bookchen on Flickr)