Darjeeling Himalayan Railway (DHR) or popularly known as Toy Train is a 2 ft, narrow gauge railway runs between New Jalpaiguri and Darjeeling in West Bengal, India. It is the first and the most outstanding example of a hill railway. It opens in 1881 and displays the engineering skills. Due to this, residents of hill terrain can travel from one place to another through the steep hills. It is about 86 kms long and the elevation varies from about 100 meters at Jalpaiguri to about 2,200 meters at Darjeeling. The headquarters of the railway is located in the town of Kurseong.

DHR was listed in the World Heritage Site by UNESCO in 1999. It is only the second railway that gets this honor after the Semmering Railway of Austria in 1998. The main problem that faced by DHR was the steep slopes of the mountain. Those loops and Z-Reverses were designed as an integral part of the system at different points along the route to achieve a comfortable gradient for the stretches in between them. While climbing a slope, the train moves forwards, reverses and then moves forward again, by doing so, it gains height along the side of the hill. 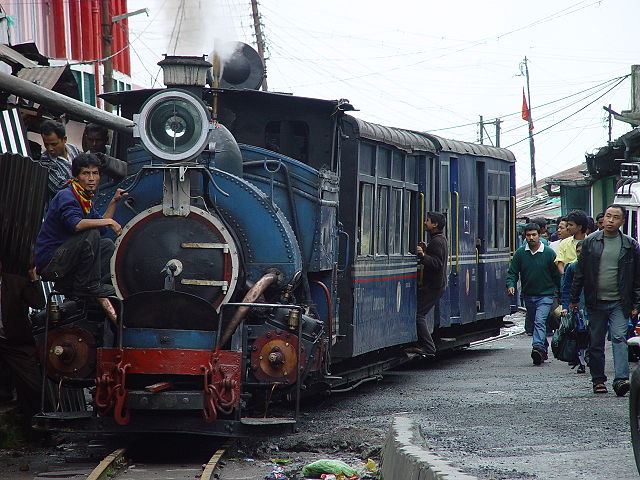 The railway line that crisscross the mountain peaks stops at several locations to deliver the passengers. The climb is through reverse and loops, so, 5 reverses and 3 loops are there. The most popular among the loops is the Batasia Loop located between Ghum and Darjeeling. Besides this, it has 5 major, 498 minor bridges and 177 unmanned level crossings. Total 14 stations are there including New Jalpaiguri and Darjeeling.

Locomotive going through a curve
Image by bhaswaran on flickr.com 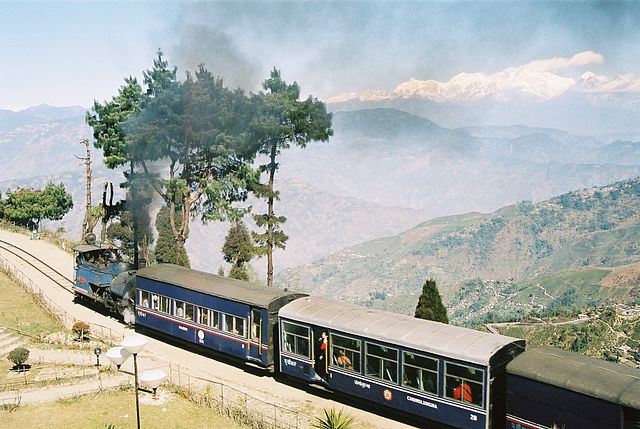 A number of films have illustrated this railway like the film Aradhana, Barfi, Parineeta, Raju Ban Gaya Gentleman, Darjeeling Limited, etc. BBC news made a series of three documentaries which deals with Indian Hill Railways. The first film covers the Darjeeling-Himalayan Railway, the second is the Nilgiri Mountain Railway and the third one is the Kalka-Shimla Railway. So, Darjeeling Himalayan Railway is a wondrous thing and the visitors of West Bengal & Darjeeling must enjoy this journey to make the trip unforgettable.